Men and their underwear, that complicated relationship 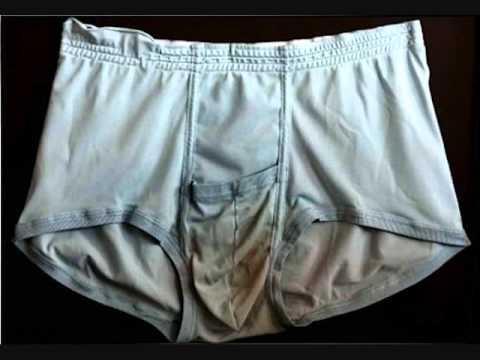 Men and their underwear, that complicated relationship

When the key moment arrives, the one in which the rush and urgency can overcome us, we do not pay attention to the song that is playing, to the hair of the body or to the underwear. In the end, everything ends up on the ground (including the embarrassments).

Old Elvis underpants up for auction (they also auction hair from his chest for the most fanatics). YOUTUBE

Moments later, when we start to collect the clothes around the room, as if it were a grape harvest, we come across something that is not ours and pick it up. "I think these are yours" you say looking at that gray garment hardly comparable to your fine lingerie (which can be two euros from the Chinese, but counts as 'fine') and just when you are passing the piece of cotton from your hand to his , something surprises you.

Those underpants are not gray, it's that 10 years ago they were blacker than a geisha's hair, only after having gone through what seems like two wars, a world underwear textile crisis or having been inherited by his great-great-grandfather, they have stayed that color.

Another example: you're helping her hang out the clothes because you're a cool girlfriend/lover/friend who doesn't go to her house alone to scrounge her Netflix and…surprise, a hole. But not a tiny little hole of those that you almost have to use a magnifying mirror to find them, no, a piece of a hole that fits your hand, elbow, arm and both legs.

If these situations seem foreign or strange to you, it is because the men you have come across are not part of the 45% who wear underwear that is worn or has holes, according to the study by Zeeman together with MWM2Research. The explanations given by the participants in this regard were that they consider them very comfortable (29% of those surveyed) or that they are fond of their old clothes (17%).

After bringing up the subject in my feminine environment, we all agreed that, in our case, at the slightest sign of aging of the garment, (and I won't even tell you if there is a hole), we assume that it is time to retire it. We do not recycle them for the gym (as they can do) to be at home or to study in the library. We throw them away without hesitation, unless they are bragazas that can be used for when we have our period, which is when its golden years have passed and it passes to a better life as a support for compresses.

The curious thing is that with the variety of stores that offer underwear with their respective diversity of prices, that is, we cannot say that there is only Armani selling underpants at 50 euros, this situation is repeated among so many men. So, from here, I would like to make an appeal on behalf of the female collective: RENEW YOUR UNDERWEAR FROM TIME TO TIME. It's as simple as saving what you spend on a party weekend, on tickets to a football game, on an Xbox game, or, for most, it's as simple as telling your mother.

Tags:  how to wear hole in men's underwear